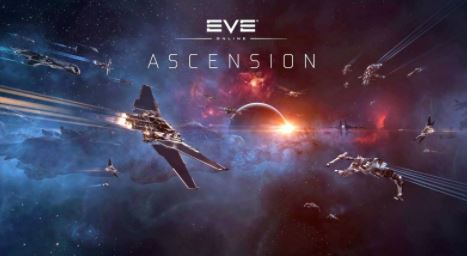 This is an overwhelming task to pick the best PC space games since there are tons of them. If you are also a diehard fan of playing space genre games, chances are you already know how awesome Eve Online is. However, if you are looking for more best games like EVE Online, you are in the right place.

EVE Online is considered one of its kind games in the MMORPG, attracting a whopping number of players from all across the world. While playing EVE Online, you are free to customize and pilot your ship across an array of planets, such as wormholes, planets, moons, space stations, and more.

Similar to other MMORPG games, EVE Online also delivers a detailed professional system that includes combat, trading, mining, and piracy. Simultaneously, the player’s advancement and training happen in real-time, even when they are not online.

The game’s popularity can be seen by the number of subscribers it has (1.5 million). The game is also recognized as the most hardcore MMORPG game of experiences. However, if you are a casual MMO gamer, this is not for you.

Below I have curated a list of the best games like EVE Online that you can play for free in 2020. So, let’s dive in to take a look!

Best games like EVE Online to Play Free in 2020

Whether you want to play single-player campaign games or enjoy multiplayer online fun, all the games I have mentioned below are versatile and extremely fun. Since these games offer a lot to discover, I assure you will never feel bored while playing any of these games. Let’s get started now!

Elite: Dangerous is one of the best games like EVE Online that you can play to master the art of combat, trading, and exploration. It offers open-ended and multiplayer gameplay, which means the actions you will perform will significantly impact the persistent universe’s game story.

The game was introduced back in 2014, and it is still one of the most played space genre games out there. It starts in the year 3300, and when you sync it with real-time, the year will be changed according to the year you are playing the game in.

The game will start with throwing you into the open galaxy along with a spaceship and some stash of funds that you can use to create to create your space adventure path. That said, the path will involve bounty hunting, trading, piracy, mining, and assassinations. The mining will include both legal and illegal with a set of considerations.

You can enjoy all these space adventures either by playing solo or online open play mode. Like EVE Online, this also brings the harshness of life involving extortion, stealing, and territorial control.

Second Life is the second-best game like EVE Online on my list. The game is exclusively designed for those who love experiencing the virtual world. This goes a step further by adding enhancements, customizations, and the real-world economy. Second Life game has been around since 2003 and available for both Windows and Mac operating systems.

Although it was released in 2003, the core releases of the game happen twice a year. While playing Second Life, you will be able to turn game time into real-world dollars. The game also has a whopping number of subscribers touching a million (as of writing this article).

However, you should know that the Second Life game is recommended for users over 18. But still, if you are over 13, you can play the game by creating a Second Life account. Once you have created a game account, you will be able to customize your resident in the game.

Start Conflict is an MMO type space genre game, and you can play it for free. The game is incredibly packed with action and revolves around space simulation elements. However, unlike the game I have mentioned above, it only has a multiplayer online mode while also provide an open-world environment to its players.

While including it on my list of best games like EVE Online, Star Conflict has its own way. The significant game modes include PvE and PvP, featuring cooperative missions.

While playing the game, you are required to handle the combat spaceships while also assigning them multiple roles. As you go further, you will be able to establish your own skills and tactics that are crucial to surviving in the game. Moreover, besides its PvE and PvP modes, it also has an open-world sandbox mode.

However, Star Conflict beats almost all the space genre games, including EVE Online, when it comes to versatility. Thanks to its games modes with different missions and gameplay styles, I assure you will love playing Star Conflict for hours without getting bored.

Unlike other games like EVE Online that I have mentioned so far, Oolite is different. The game provides a 3D environment to players, while it is also an open-source game that you can play for free. The game is dominant exhibits the space trading and combat simulation. However, you should also know that it is a solo player game.

While playing the game, the controls are handled from the first-person perspective. In addition to its open-source, it is also an open-ended game. You will take the role of a spacecraft pilot, which will be capable of traveling to other planetary systems nearby with the help of wormholes that will be generated by the spacecraft engine.

While you go to another nearby planetary system, you will have to find the inhabitable one in order to explore it. However, the game doesn’t include one definite objective, but you will have the opportunity to explore an array of elements.

While earning money, you are required to purchase goods from one system and then sell them to another system. Once you have earned enough money in the game, you can utilize it to upgrade and buy advanced services.

Don’t you love playing an online game that offers a whopping number of multiplayer game playing? If you have answered yes, Dark Orbit is for you. The game is packed with action, and you will surely play it for hours without getting bored.

While playing the game, you are required to control a spaceship and defeat other non-payer characters. The gaming environment is 3D isometric while the plot is set in outer space. In fact, it is like a flash game where you will be able to find uncountable registered accounts to it, which means you are going to confront massive competition in the game.

Moreover, before you start playing the game, you will have to form a team of three. Once the game is started, the players will be teleported to a map where they can start their chosen mission. Your core aim while playing the game is nothing but to gain more power and wealth both for yourself and your team.

The game concentrates more on trading rather than space combating. You must gain as many points as you can that will help you get featured in the top user show up. All of its exciting missions make it one of the best games like EVE Online to play free in 2020.

While creating a list of best games like EVE Online, how is it possible not to include Perpetuum on the list? Like EVE Online, this game also includes a player that drives the persistent world and set on the MMORPG genre with a touch of science fiction setting.

Although you will be disappointed in not seeing the game’s space theme, the game’s project is somehow similar. You will get the experience of controlling the customizable robots while also traveling from one to another island by teleportation.

Within the game, you will also discover various activities and professions, and it greatly depends on your pick whether you want to take part in them or not. Other exciting features of the game include trading, mining, aircraft hunting, combat, manufacturing, and more.

Furthermore, the game can also be considered as a vehicular combat game. You will also be required to earn extension points as long as you are playing the game that will be used for in-game purchases.

Vendetta Online and Perpetuum are almost similar based on their themes, science fiction world, and features. In fact, the game is a twitch-based one equipped with MMORPG elements. One of the best things about Vendetta Online is you will enjoy its real-time flight model and combat system, which can be controlled both by first and third-person perspectives.

The game’s significant modes are PvP and PvNPC, while battle and combat are the added guiding elements. While playing Vendetta Online, your primary goal is to take the enemy ship down while also keeping yourself safe from the incoming fires.

Since the game features a 3D space, you might struggle to find your enemies’ exact location. The game exhibits almost all the characteristics of EVE Online, but some of its faction systems keep its versatility, making it more interesting.

There you go – 7 best games like EVE Online to play free in 2020. These games are perfect for those who love playing EVE Online and looking for similar games to it. You will enjoy space combats, mining, extortions, and many other interesting activities that will keep you interested in the game. I’ve bucketed this list in no particular order, so you should try all these games at least once. What game did you like the most? Tell us in the comment section below.

Q: Do I have to pay to play EVE Online?

Ans: Initially, EVE Online can only be played once you have purchased its subscription. However, now it doesn’t require you to purchase the subscription, and you can play it for free. The game went FTP (free to play) in 2016.

Ans: Some of the best games like EVE Online to play free in 2020 include Vendetta Online, Second Life, and Elite: Dangerous.