Club penguin was a vastly played multiplier game that involves a virtual world that contains a large number of online games that you could play with your friends. This game was originally made by New Horizon Interactive. Which was then called (Disney Canada Inc.). Some players used avatar-like penguins to enjoy almost all the cool features of this game and played it in the virtual world. It was available to the general public after it was beta-tested in October 24, 2005.

It became a large online game community in 2007. It was later claimed that this game had over 30 million users’ apart from having a free version this game also has a paid version in which the users can enjoy the full features of the game, Such as purchasing virtual clothing, in-game pets called puffles and in-game furniture through the game currency.

A player of any age could play this game but it was specially designed for children’s and the main focus of the developers is on the kid’s safety. The game has some of the best features like; Ultimate safe chats, Filtered comments, and moderators who were there to see some unusual activity.

But the most tragic incident happened when on January 30, 2017, the was shut down by Disney Canada interactive because they launched the other version of the game and its title was changed from club penguin to Club penguin island. But later they decide to also shut this game for some reason, a lot of other private servers then try to copy the game but later on they were also shut down by the digital millennium copyright.

This game has proven to be best for giving children some education like communication skills, social relationships and identity formation. This game also raised fund for the children’s from remote areas that are sick and are in need of money the players from around the globe pay funds through their virtual currency.

At first the game was going all well but later on the players tend to use shortcuts and to prevent this developer made some strict steps to prevent players from cheating within the game.

But don’t get sad because the game the no more you can also play several games like club penguin Top ten alternatives of the club penguin are as follows.

A perfect game that has Cool characters and wonderful features which are colorful and makes the game look fresh here you can play with other players and make new friends and you can a lot of stuff like decorating you avatar buying stuff for the character etc. Apart from that, you can play another missions to achieve different features.

This game is child friendly and has different characters and features. Millions of players played this virtual world game, you can customize your avatar in the game and do a lot of other cool stuff like playing with friends and make purchases for your avatar like buying dresses skins etc.

This game is as far as the best alternative for the game club penguin which was most loved game      for kids there are many things in this game that you could do with your character like buying avatar frames, skins for the character and much more you can also visit dome different places night clubs, dragon’s cave, beaches, remote islands and etc. Through this game you can chat with your friends and also have its own DJ room.

A game which is as big as club penguin the players enjoy every bit of this game because it has some cool features like creating your own shops, making friends by playing with other player which is good for the kids communication skills. You can do various kinds of activities in this game such as customizing you avatar purchasing different kinds of gadgets for your avatar within the game.

This 2D version game is the most popular Virtual world game amongst the children’s the audience of the game includes 6 to 14 years of kids. This game is free to play and players can also do cool stuff like they do in the paid version games. The experience of the game is colorful and player can buy different stuff from the game shop which improves their personality.

If you are looking for a game in which you can explore a wonder life then search no more because Yo World is there and it’s the game in which player can enjoy colorful life as well as can do other good stuff like playing with friends make friends by playing with different peoples and explore different places. In this game you can go to casino and play some gambles by trying your luck they can earn some money which you spend within the game to buy some cool stuff for your avatar.

In this game you can see a different looking cute avatar moving in the game you can do customization like hair style, accessories, facial color and much more. You can make friends via playing with them and complete missions with the help of your friends.

This game was launched in 2010 by wildworks, with adorable and cute creatures you can learn a lot about animals by playing this game you can connect with friends make different purchases do some cool stuff and for the peoples who loves the nature this game is what they are looking for their entire life. Through this game you can also earn about parties , mini games plants and much more knowledgeable stuff.

This alternative of club penguin game is has the most fans because it has excellent graphics and has more area to discover, you can go to islands and explore different remote areas and can also make new friends, but it does not end here because you can do more cool stuff like breaking jail, travel back in time, fighting pirates, monsters and thieves etc. 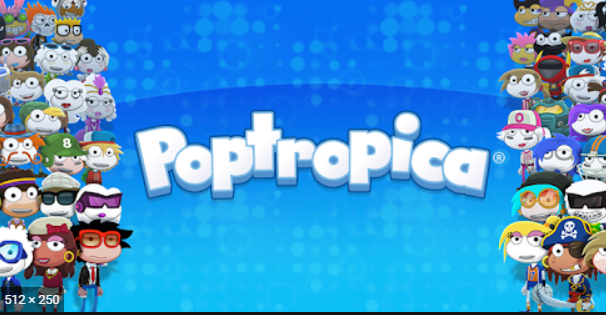 As its name, this game is full of monster-like characters you have to choose an avatar which is a monster. This game was released back in 2007 and was a light game. Children from all over the world love this game because there are different sets of missions by completing you earn coins through which you can earn some cool stuff like dresses homes skins etc.

The best thing in this game is that it is fully customizable you can do daily missions and unlock different kinds of monsters as your avatar. But this game is not fully free you have to buy paid version of the game in order to access different aspects of the game.

Hope this article is helpful to you, Enjoy!

Is the Club Penguin game available?

No, Club penguin is not available but you have the best alternatives to play instead.

Are the other games free to play?

Yes these games are free to play but access full features you have to buy paid version of the game.

Is it safe for the Kids to play these games?

Yes, these games target the audience which is 6 to 14 years so it’s safe to play for kids.