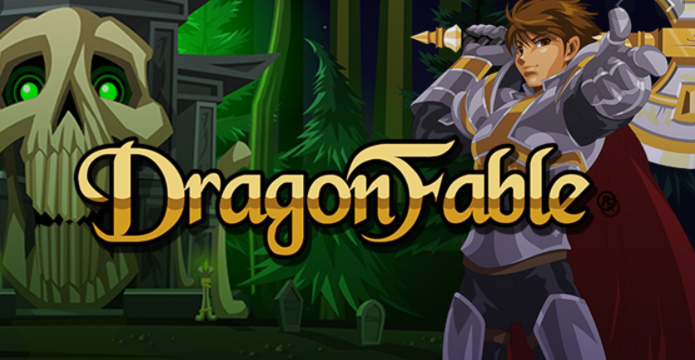 Dragonfable is the game for the fans who like games with action and fantasy. This single-player game is easy to play due to its web-based system; the game developer is Artix Entertainment. This game is about the Combats with dragons in which your character is the hero, and you being a hero, have to save the world. The game comes with tasks, battles, monsters, dragons, and the graphics amazing with fine quality of playback Music.

But that does not end here because it’s not the only game with all these great features. After all, many other games come with these awesome features. In this article, we will discuss these alternatives of Dragonfable.

Summoner’s Legion is a web-based game and has a dark aura. In this game, you are the savior and destroy the enemies who want to destroy your country. This game is also available on mobile as well, and the best feature is that you can choose your class and abilities.

The mechanics of the are easy to understand because it has the basic tutorials. Still, you can easily master this game by completing different tasks and gaining rewards.

One of the best alternatives to the Dragonfable. This game is also a role-playing game like Dragonfable in which you make real-time strategies; your mission in this game is to stop the evil goblins and restore the peace of the world.

This game will take you to the world of adventure and quests; this game has two modes. The first one is to fight with the enemies and restore peace, and the other one is building the houses and castles to secure your peoples from the goblins. You can get tools and equipment by doing quests because you will need them to fight against evil and make your journey easier.

Wartune is a browser game that is free to play; the game mechanics are simple to learn and make the adventure enjoyable. This game is about the wars that you can win by making strategies so that you can destroy the monsters of this game.

The game includes different tasks like crawling in the dungeons, crafting, building houses, going into the war with enemies, and adventure. You can choose your avatar with your favorite weapons and get ready to beat your enemies.

Adventure Quest worlds is another web-based alternative game for the Dragonfable; adventure quest world is also an adventure game where you can play with other players and enjoy the quests by role-playing mode.

Adventure Quest Worlds is loved by millions of people worldwide, and the popularity of this game is unbelievable; you can get the idea of its popularity by playing just one game. Kids also love this game because it’s safe due to its chat restriction option and is easy to play; the game has some awesome classes which include mage, warrior, healer, and rouge. So if you are searching for a cool game like dragon fable well, then this is the best choice.

When it comes to ultimate fantasy games, this game is the best option; this game comes with combat as its main feature. Drakensang is the best web-based game, which attracts the games who like action and fantasy.

Drakensang is all about fighting monsters that invaded your world and try to destroy it, and the entire scenario is shocking because the people are helpless and there is no one to save them as their prince left the city and the dragon is about to awake, So you are the hero that peoples are looking for who will come and save the city from the invaders.

When it comes to the best storyline, this comes at first, which challenges the Dragonfable. The game is about defeating the monsters, and you are the guardian who is going to do that. But this game is tough to play because there are few guardians and a lot of monsters.

So it’s all up to those guardians to defeat those monsters on their own, this game is also a web-based game with rich graphics, and the soundtracks are the best part, which makes it different from the others. So if you are looking for an action game with the best storyline, then this is the best game for you.

When it comes to the game with the best graphics and great storyline, this game is at the top; in this game, you are on an island that is full of whole new challenges and quests, and that’s where the fun begins.

On this island, you will face monsters with tricks and destroy them and gain rewards from which you can buy tools that help you later in the game when the quests got difficult. You can play this game with friends and can choose the character of your choice because it involves both male and female Avatars.

It’s the other best alternative for the game Dragonfable; this game provides the best graphics with high quality of sound, which gives the best experience of the web-based game. This is also a role-playing game that got three classes like a knight, which has the best sword skills; the second is rouge, which can kill the enemy in no time; the third one is Valkyrie uses magic and destroy its enemies.

This game has modern mechanics; that’s why it’s easy to use; in this game, you have to kill the monsters which are there to destroy your world, and you are the saviors.

the story of this game is based on the famous TV series Game of Thrones, so if you love this series, you will get the idea that this game’s storyline is interesting. You can win this game by playing the best strategies and become the king of Westeros.

You will face several quests in this game; by completing challenges, you can get rewards that will help you in the game to defeat the evil queen.

For those people who love to play fast and adventure games, this game is the best option for them; this game has two characters one is Kung Fu cloud, and the other one is the wind; you can choose either one of them to play the game.

Each character of this game has its own responsibilities and quests; you will have to master the fast techniques and win the game; this game is also a web-based game where you can find a friend and together, you can fight monsters and save the world.

If you are the gamer who loves adventures with the best graphics and sound quality, these are the best game mentioned above, hoping this article would be helpful. Enjoy!

For the players who love web-based adventure games like Dragonfable, we have discussed some of the best alternatives for the game. These games have the best graphic qualities; you can save the world by fighting monsters in this game by doing tactics making strategies. If you are one of these gamers, you came to the right place because you could find the best game to play and pass your free time. You can do quests, fight monsters, save your princess, and much more.

No, these games are absolutely free, and you can enjoy the best gaming experience.

Q2. Which game has the best storyline from all these above mentioned?

Guardians of Ashenhold have the best storyline from them all.

Q3. Can we play these games with our friends?

Yes, you can play some of these games with your friends but not all of them.

Q4. Are these all games about adventure?

yes, most of these games are about adventure and fighting.